Passing Off in the Context of the Restaurant Industry: Soup Dumplings Galore

The idea for my posting today actually came to me while I was back home in Ontario for reading week. If there is one thing to know about me, it’s that I’m a huge foodie – living in diverse cities such as Vancouver and Toronto has given me the opportunity to explore countless options offered in terms of restaurants, cafes, and other food vendors.

If you’ve been to the United States, there is a high chance that you have dined at (or at least heard of) a well-known restaurant chain specializing in soup dumplings by the name of Din Tai Fung. It has established a good reputation in the restaurant industry, becoming somewhat of a household name and is pretty much synonymous with soup dumplings. In legal terms, it can be said that have established goodwill (more on this shortly). Din Tai Fung operates in many locations across the United States and around the world, but note that they do not have any in Canada. 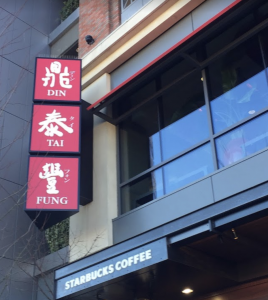 Going back to my story on how I was back home for reading week, I noticed a suspiciously familiar restaurant while driving in Scarborough. At the time I didn’t have the chance to take a photo of my own, so I have included a screenshot from Google Street View below. 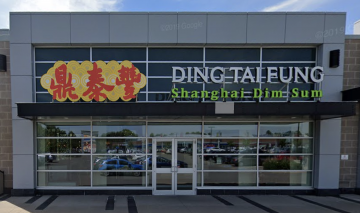 Notice that the naming is nearly identical, with one small difference involving a single letter: rather than “Din Tai Fung”, this restaurant was named “Ding Tai Fung”. Tricky right? On a normal day I probably wouldn’t have noticed at all. This immediately brought passing off to mind and prompted me to ask the question that if the Din Tai Fung restaurant chain in the US were to discover this imposter restaurant, would they be successful in a passing off action in Canada?

Before looking at what case law has said it is important to make several preliminary observations. This is what is stated under section 7 of the Trademarks Act (R.S.C., 1985, c. T-13):

With respect to passing off itself, the Supreme Court of Canada in Ciba-Geigy Canada v Apotex Inc (1992) 3 SCR 120 sets out a general three-step analysis in which each of the elements mirrors the common law tort action of passing off:

Starting with the first element, protection against passing off is available only where there is goodwill or reputation. In this case, it is pretty clear that Din Tai Fung has established its brand image worldwide as a well-known soup dumpling chain. At least in the United States, it has been operating for over 20 years and can be said to be one of (if not the only) chain that specializes in soup dumplings. It can also be said that the restaurant has established a secondary meaning, where the name Din Tai Fung has become synonymous with soup dumplings, as mentioned earlier.

Before moving on to the second element, the existence of goodwill in this case would be qualified by geographical ambit because Din Tai Fung operates its business in the United States and not in Canada. In situations like this, cases such as Sadhu Singh Hamdard Trust and especially Orkin Exterminating Co can help identify the factors considered when the business at issue contains an international dimension, which I will come back to.

The second element in a passing off claim has to do with deception of the public due to a misrepresentation. As can be seen from the logos of the respective businesses, their names are identical, save for a minor one-letter difference. Despite this, what I found to be more striking and what I believe attention should be drawn to is the Chinese name (鼎泰豐), which is identical for both restaurants! It would be interesting to look into whether any of the jurisprudence surrounding passing off has involved names in languages other than English or French, but in this case I believe that it would be relevant because many of the restaurants’ patrons are Chinese. Since the two go by the exact same Chinese name, I would say that there is a potential for deception among the public.

The third element is actual or potential harm to the plaintiff. However, this is where things get a little shaky. Returning to the Orkin case, the court found that the plaintiff had satisfied this element because they were planning on expanding their business to the Canadian market and that there would be a viable chance of harm due to potential loss of customers. In the case of the two restaurants, Din Tai Fung (as far as I know) does not have plans to expand their business in Canada. Furthermore, there are only two Ding Tai Fung restaurants in Canada (both located in the GTA), while Din Tai Fung operates out of many locations in the US. It is unlikely that the presence of Ding Tai Fung in Toronto would affect business in the US as travellers would still dine there when visiting, and American patrons would continue to frequent Din Tai Fung locations without being affected by the two Toronto restaurants. The pest control and restaurant industries are also very different in terms of client retention. I assume that in the case of a pest control company, once customers hire a one they would exclusively use that company for all future pest control needs – this fear was reflected in the Orkin case. However, in the restaurant industry patrons have a lot more freedom to choose where they want to dine and are not confined in the same way as one who hires a pest control company. I would say that in the case of restaurants, other factors matter a lot more such as location – while restaurants everywhere still retain loyal client bases, I do not see how it would rise to the level of exclusivity as a pest control company or a newspaper subscription.

To conclude, although the third element of passing off would be unlikely to succeed in this case, it was nevertheless interesting to explore. I haven’t tried Ding Tai Fung in Toronto and am curious to find out how it compares with the American restaurants. Here’s to another restaurant added to my bucket list!